Cleveland Owns is an incubator that equips groups to build wealth and power through collective ownership.

We believe who owns what matters. To build an equitable city, we must have an equitable distribution of ownership.

In a Cleveland owned by its residents, everyone has a stake in businesses and commercial real estate and other productive assets. Groups of workers and neighbors prosper alongside the city, and have the power to exercise control over what affects them.

As more people own assets that appreciate in value, we'll shrink the ownership gap, which is inextricably tied to the racial and gender wealth gaps. This is one step towards addressing the historical and present-day effects of white supremacy, patriarchy, and an economic system built on exploitation and extraction. 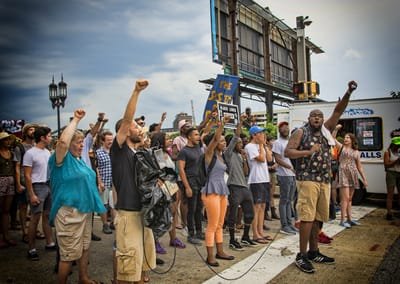